Joel Rea graduated from the Queensland College of Art with a Bachelor of Fine Art in 2003. He has exhibited widely throughout Australia featuring also in notable overseas exhibitions in the United States, Europe and Asia.

Joel has won many prestigious art awards including most recently the Fleurieu Landscape Prize, The Mosman Art Award, The Sulman Prize and the 2016 Moran Prize for Portraiture and many more.

In an article for the Huffington Post, Brandon Kralik told his readers that Joel´s work could not be dismissed as longing for the past or harkening back to the Romantics of the 19th century. Joel´s paintings deal with issues of our present time yet far removed from the multimedia and purely conceptual work that has come to define Postmodernism. Instead it places importance on craftsmanship and empathy. His paintings speak in a language which everyone can understand. There is no need for any artspeak to accompany them. 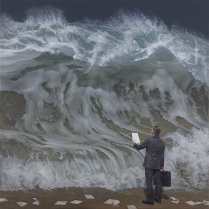 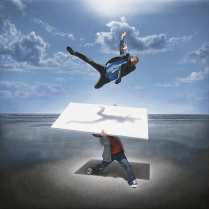